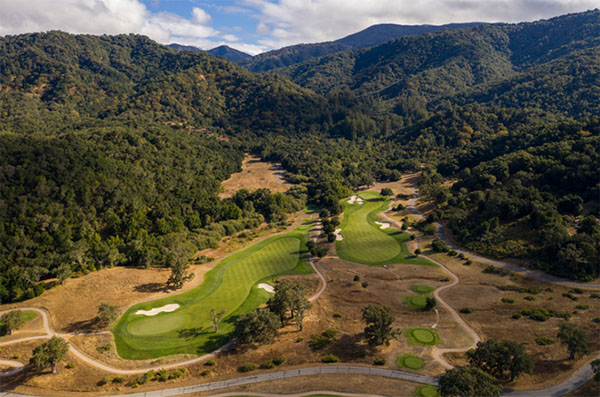 Defending champion John Sawin of Pebble Beach, who captured his second Stocker Cup individual championship in 2018, returns to face a field that includes 21 competitors who have won their state Mid-Amateur championship in 15 states.

The 54-hole individual competition features a simultaneous best-ball event, similar to the AT&T Pebble Beach Pro-Am. Invited Mid-Amateur players are either paired with a single digit amateur or can propose their own partner to be introduced and invited by the Committee.   The 2019 field is comprised of 25% Californians and 75% from the rest of the United States.

The Stocker Cup was founded in 1991 to honor the memory of Peter Stocker, a real estate developer who is recognized as the man behind the creation of Santa Lucia Preserve and considered “the quintessential amateur golfer.”

“This year’s field may be the most competitive ever,” said host golf professional Brian Sleeman.  “Very favorable late summer and fall weather contributed to superb conditions that will challenge this field.”

The highly regarded Tom Fazio Design is rated among America’s 100 Greatest Golf Courses by Golf Digest. The Preserve’s fairways are Santa Ana Hybrid Bermudagrass, which produce firm and fast playing conditions throughout the year.  The course’s strategically placed bunkers, which were renovated in 2016, and quick A4 bentgrass greens, contribute to challenging approach shots.  For the Stocker Cup, the course will be set up to approximately 7100 yards.

The 2019 Stocker Cup will feature “at the turn” scoring powered by Golf Genius, AmateurGolf.com, and the NCGA. For the final round, the leading groups will be scored electronically through all 18 holes, providing an enhanced tournament experience for players and friends at the course or anywhere in the world. Those results can be streamed at www.stockercup.com starting Thursday, October 24.

The Preserve Golf Club is located within the Santa Lucia Preserve, a private community of only 300 home sites situated on 20,000 acres – approximately one and a half times the size of Manhattan – and the only community in America with a perpetually endowed, 18,000-acre nature conservancy. In the heart of the Monterey Peninsula, The Santa Lucia Preserve provides its resident and members with a range of recreational opportunities second to none, while offering a unique ethos of community, culture, and conservation.

Colby Harwell (San Antonio, Texas) won the 2019 Texas Mid-Am Match Play as well as the 2017-2018 Texas Mid-Amateur, and is a past champion of the Carlton Woods Invitational and Crane Cup >> view profile

Bobby Leopold (Coventry, R.I.) won the 2019 Rhode Island Mid-Amateur (his fourth), and is a past champion of the New England Amateur and Crane Cup >> view profile

Patrick Christovich (New Orleans, La.) is a past champion of the Coleman Invitational, Birmingham National Invitational, and the Timuquana Cup; and is a four-time Louisiana Mid-Amateur champion >> view profile

Derek Meinhart (Mattoon, Ill.) finished runner-up at the 2018 Stocker Cup, and is a past champion of the Carlton Woods Invitational and Champions Cup >> view profile

The full list of Mid-Amateur competitors, including rankings results and biographies can be found at:  http://stockercup.com/contestants/

The list of A/B player teams can be found at:
http://stockercup.com/wp-content/uploads/2019/10/Stocker-Cup-2019-Teams.pdf

The list of 21 players who have won their state Mid-Amateur in 15 states: