Michael Jensen returned to The Preserve and emphasized his title defense with three consecutive rounds in the 60s to win the Stocker Cup by three shots. The San Francisco native’s 54-hole total of 204, 12 under par, is the lowest winning score since 2012, when the now 30-year-old tournament switched from a 72-hole event.

Entering Saturday tied with Joe Neuheisel, Jensen pulled away on the closing three holes after the pair went toe-to-toe in the final pairing, deadlocked at 11-under par through 16 on Tom Fazio’s masterpiece in the Santa Lucia Range.

“I was able to keep pace with him with my putter,” Jensen said of his battle with Neuheisel. “I was making a lot of putts. Joe and I got a little bit into match play on the back nine since we were three or four clear of everybody.”

The pivotal moment down the stretch came at the par-3 16th. Neuheisel, short right of the green off the tee, made a disappointing chip before three-putting for double bogey. Jensen, pin-high left of the back pin location, ran his birdie try four feet past but drained the par save. It was a two-shot swing heading to the final par-5 of the tournament, which is right where Jensen wanted to be.

“Throughout my career, par-5s are definitely where I’ve scored the best,” said Jensen, who went 9 under in three rounds on The Preserve’s four par-5s. “The driver is one of my better clubs in the bag. I hit it long and straight, so I can attack par-5s a majority of the time.”

Knowing the lay-up shot into the 17th was just as difficult as going for the green in two, Jensen pulled driver and ripped it off the deck to the front of the green. He two-putted to reach 12 under before a closing par at the 18th.

Jensen, whose wife was pregnant with their first child last October, says being a father has altered the way he plays golf mentally, and ultimately made successfully defending the first title of his career easier.

“The importance of a golf shot is pretty small now,” Jensen said. “It’s completely put it in perspective. It’s allowed me to be a little more free when I’m playing.”

Neuheisel, new to the mid-amateur circuit since turning 25 in January, settled for a runner-up finish at 9 under. His first crack in a mid-am invitational came back in June on Los Angeles Country Club’s North Course when he took sixth at the George C. Thomas Invitational.

Taking home the Tatum trophy for lowest senior score was Davis Boland, who tied for 17th with a three-day total of 4 over par 220 that featured a 68 in the second round.

Jensen and his partner Jack Peat finished in a tie for first in the Gross Team event, but lost out in a scorecard playoff to 2013 U.S. Mid-Amateur runner-up Bill Williamson and Paul Favorito. Brian Blanchard and Colby Thiele were three-stroke victors for the Net Team title, with Blanchard’s individual score of 7 under giving him a third place finish alongside Geoff Gonzalez.

30 years of the Stocker Cup

That’s what one tournament participant said when asked about the sprawling 18-hole design set amongst majestic oak tucked into the Santa Lucia Preserve.

The mid-amateur invitational, graciously hosted at The Preserve since the club’s inception in 2000, celebrated its 30th anniversary this year. The legacy of Peter Stocker continues to thrive and the Stocker Cup is competed for and enjoyed just as he would have intended it, says his son Erik.

“We want to continue the culture of competing in the spirit of my father’s memory,” Erik Stocker said. “He would have loved to have seen the guys out here having fun and competing at the same time.”

“30 years in, I want to make sure we maintain that going forward and continue to take advantage of this incredible property,” he said. “It’s a spiritual place.” 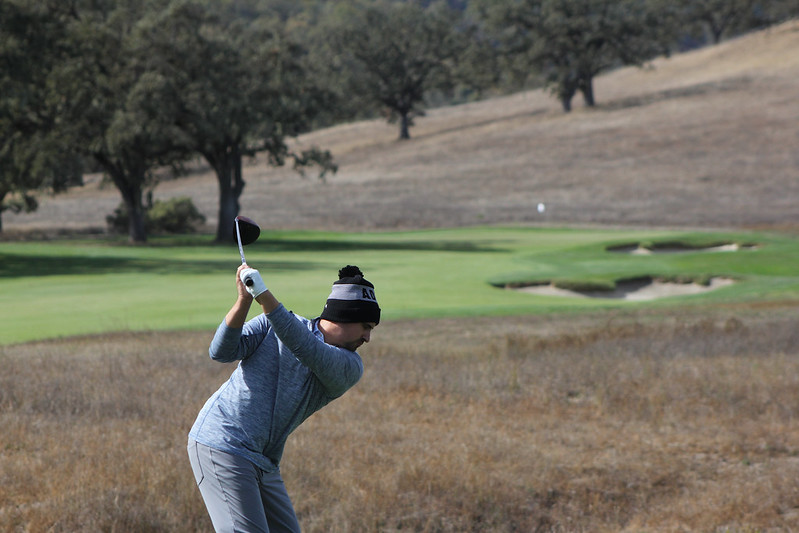